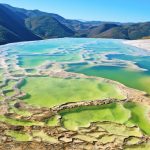 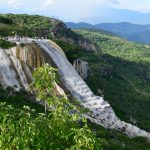 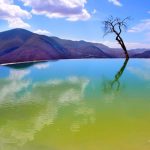 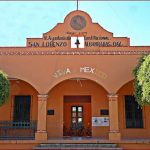 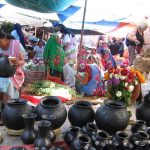 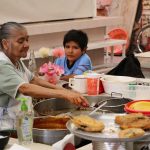 Tour to one of the most stunning mountainous views of Oaxaca.  The site consists of two waterfall-like rock formations that have been formed over thousands of years. Both cliffs rise over fifty meters from the valley floor, with one rock formation reaching down twelve meters and the other reaching down thirty meters. The twelve meter one is called “cascada chica” (small waterfall) and “flows” off a base which is about sixty meters wide. The other, “cascada grande” (large waterfall), extends down from a base with which is about ninety meters wide and eighty meters above the valley floor.  Depending on weather and availability we could have a refreshing dip in the swimming pools located on top of the cliffs.

Lunch stop will be at around 2pm. In a local cuisine restaurant.

On the way back we’ll stop at an artisanal mezcal distillery, see an agave plantation, learn about mezcal’s artisanal making process and taste the different varieties of this

If, for weather conditions affecting the dirt road, or road blockages, the way to Hierve el Agua was not available, we would go instead to Mitla Caves, a series of caves with petroglyphs dated 10.00 BC