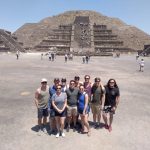 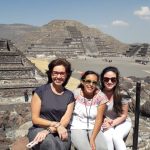 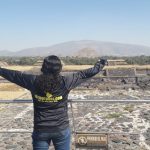 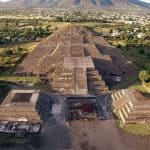 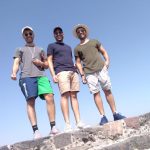 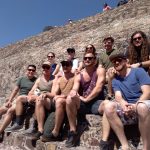 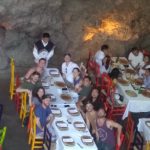 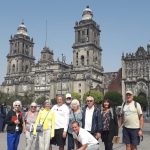 Climb the Pyramids at Teotihuacan, a pre-Colombian archaeological site that dates back to 100 B.C. As well you will visit the centuries-old site of the Shrine of Our Lady of Guadalupe, one of the most important pilgrimage sites for the world’s Catholics.

When you are picked up you will head to the impressive Teotihuacan Pyramids to explore the ancient site with a guide. See the Temples of Quetzalpapalotl, the Temple of the Feathered Shells, the impressive Pyramid of the Moon, and the Pyramid of the Sun, located along the long Avenue of the Dead.  Admire the colorful murals and see the Mesoamerican artifacts in the Archaeological Museum as you learn more about this ancient civilization.

Mexico’s largest religious sanctuary, the Shrine houses the hallowed image of the Virgin of Guadalupe and has been a pilgrimage site since the 16th century. See the old basilica, which was completed in 1709, and visit the new church, built between 1974 and 1976, after the old church began to sink into the ground.

Experience one of the most important religious and cultural sites in Mexico as you tour the impressive atrium and interior of the new basilica, which now houses the Shrine.

(9:00 am – 3:00 pm) – Visit Teotihuacan, the most important archeological site in Central Mexico